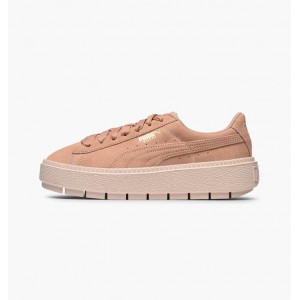 The Puma Suede came to fame in 1968 thanks to Tommie Smith, the sportsman who won the 200-meter competition at the Olympic Games in Mexico. Five years later, in 1973, it was Walt "Clyde" Frazier, the professional basketball player who inspired new versions of this original model. In the 1980s he became an icon of hip-hop culture. This bold sneaker features a platform toothed sole and a suede upper layer.